The Models We Build in Power Pivot are the Prime Movers.  Visualization is “Just” Where the Information (Output of the Model) Meets the Humans.

Avi’s post last week was deliberately thought-provoking (and to some, perhaps outright provoking, heh heh).  It drew a lot of views, shares, tweets, and comments.

My favorite comment, by far, was this one by Andrew.  Here’s a slightly condensed version of it:

“Five years from now, I envision a time when awesome visualization tools and incredible and beautiful charts are common and very cheap. Everyone will have those and they will be easy to make. What will still be rare is what Power Pivot does and the role that it plays along with Power Query. The real action is in prepping data and turning it into information that can be visualized… not the actual visualizations. Unfortunately, so many get lost amid a sea of pretty bars on maps and dynamic spider webs…

It’s the model stupid! It’s the ease of crunching numbers and aggregating millions of rows on the fly! It’s the simplicity of turning trash data into sparkling clean information and not having to go through red tape clogged and extremely expensive departments to do it – do it yourself!…

Hear hear, Andrew!  Salute!  We park our cars in the same garage, as the movie producer said to Christian Slater in True Romance.  As I’ve said before, even the phrase “let’s look at the data” sets us up for failure.

Just Like Light Bulbs:  Crucial, But MUCH Easier to Replace than the Wiring.

In short, my observations today come down to these three things:

1) RVOE:  “Replacement Value Over Excel” is Lower Than Expected

RVOE is Lower Than Expected
(And What Viz Tool Was Used Here?  Why, PowerPoint of Course.)

Anyone who’s spent much time with me knows that I am constantly complaining about “Last Mile Failures” and especially “User Interface Failures.” You can build the most amazing technology (or workbook!) the world has ever seen, but if you fail to adequately “blend it” with those pesky humans, well, all your hard work is for naught.

So I am NOT saying “don’t worry about the Last Mile.”  Far from it.  In fact, even a tremendous percentage of the posts on this website are categorized as Creative Visualizations – including my post last week!  The entire topic of Disconnected Slicers is essentially a form of human factor / last mile artistry.  And check out the whole notion of Nouns and Verbs.

But you might notice a theme in those posts:  Good Old Excel is the canvas for ALL of them!  You can “get ‘er done” with Excel, even in the Viz space, over and over and over again.  And oftentimes,  you can ONLY do it with Excel, as no other tool offers a Network Effect.

So think of it this way:  Excel is your ever-present Visualization Baseline.  Tools like Power View, Tableau, and Qlik – in their capacities as Visualization tools – should not be measured against some mythical Zero Level, but against the “free replacement value” of Excel.

Which makes them all a bit less valuable, doesn’t it?

Not without value…  just… less valuable.  In sports analytics, they call this the Value Over Replacement.  I propose that in the world of analytics, we coin the phrase RVOE:  Replacement Value Over Excel.

2) Viz Software is Easier to Build than Modeling Engines

Another factor here is that Visualization software is easier to develop than Calculation and Modeling Software (the latter of which is what Power Pivot is).

For instance, Power View appeared on the scene almost instantaneously.  Power Pivot’s engineering history is much, much longer – tracing back nearly 20 years now (through Analysis Services and even Panorama).

This is no coincidence.  The barriers to entry are much lower for the Visualization market than the modeling and calculation market.  People like Grant over at Angry Koala develop their own visualization layers practically in their spare time, but you won’t find most consulting firms building their own modeling/calc engines – not even Crazy Aussie Grant.  You need to have many years at your disposal to build a modeling/calc layer.

3) If it’s a Viz Layer, Why is Tableau so Expensive, Then?

Tableau is most often sold as a pure Visualization tool, but it’s more than that under the hood.  It has its own calculation engine, and to a lesser extent, its own modeling engine.  It’s a full-spectrum competitor, technology-wise to the entire Power BI stack.

The Tableau sales force has found that if they “lead,’’ heavily, with the visualization story, they get customers to sign up.  But they have to price the product MUCH higher than that, to offset all the engine development under the hood (which, I suspect, comprise the vast majority of their overall development cost, and the “viz” layer is cheap by comparison).

This is also why you aren’t going to find Tableau and Microsoft cooperating, probably ever.  Tableau is too deeply invested to position themselves as just a viz layer.  And MS is not going to cooperate with a competitor who is attempting to replace the engine AND the visualization components offered by MS.

If you have already paid for Tableau, it may make a lot of sense for you to opportunistically utilize it as a front end for Power Pivot models.  But you shouldn’t BUY something like Tableau with the intent of using it for that purpose, because you will be paying for a lot more than you need. 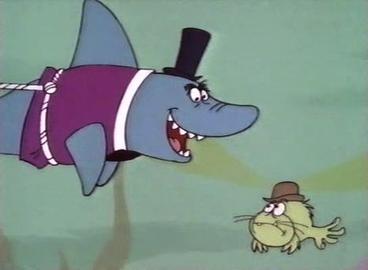 And besides, Power Pivot / SSAS Tabular is the best modeling layer in the world.  By far.  It’s the apex predator of calc and modeling tools, as illustrated in the picture above.  It has no equal.  And it’s incredibly affordable.

4) So Where, When, and Why are Visualization Tools Worth Buying?

Here are the top three reasons, in my experience, why a Viz-Specialized tool is worth buying or using: