Yes, Steven Levitt of Freakonomics fame will be keynoting a conference in April, which makes him a featured speaker.  I will ALSO be speaking at the same conference, which also makes ME a featured speaker…  but I suspect they will give me a much smaller room in which to speak 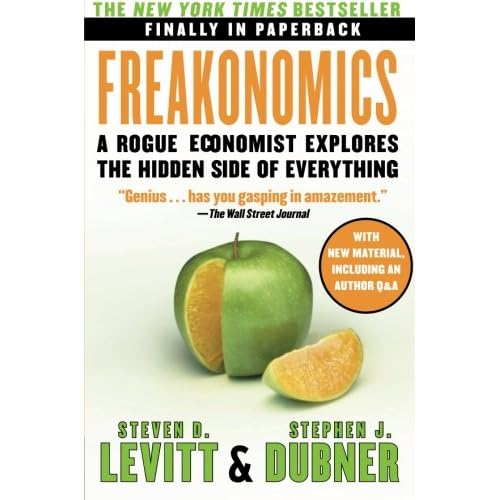 The Authors of These Two Revolutionary Books, “Together” for the First Time!

Of course I am wildly exaggerating here – yes we’re speaking at the same conference, but it’s not like Steven knows me.  I’m a huge “fanboy” of his book however…  and it’s rumored that I may indeed get a chance to meet him!  I’m gonna ambush him with a PowerPivot demo.  More on this later.

Until now, that is.  And let me be really up-front here:  no this is not officially “branded” as a PowerPivot (or even an Excel) conference.  And a lot of BI and Big Data and Data Scientist types will be attending of course.

But this is the conference where we, the Excel Pros armed with PowerPivot, will soon be the majority.

Hey Wait, What Does PASS Stand For?

There are few things I love more than defacing a logo in the spirit of fun.

It’s the Professional Association for SQL Server.  It’s a community organization with some strong ties to Microsoft and other big tech firms.  They run a HUGE conference each year in Seattle, geared primarily toward the DBA (Database Admin) role, with a side of BI.  That conference, as mentioned above in point 2, is not really “our kind of thing” – at the risk of oversimplification, that conference is about storing and retrieving data.

But this new BA conference IS geared for us.  It’s about the art of gaining INSIGHTS from data.  That very much IS our thing, and there are ten Excel pros for every BI/Data Scientist in the world.  At least.

If you are reading this, the answer is yes.

It’s a bold move by PASS, one that I salute.  Creating a conference like this is gutsy, but I don’t think their timing could possibly better.  The world is (finally) ready for this.

So uh, join me.  And Steven Levitt.  The can’t-miss event of the year.

Yeah, I can’t get enough of dropping his name.

Need some justification?  The folks running this conference are here to help:

Ooh, and being savvy to this sort of thing, the organizers even have a form letter for “Convince Your Boss.”  I love it:

I’ll talk about this conference a bit more next week – this is just the beginning of my “stoke” for this event.  I’ll let you breathe for now.

I fell behind on posts this week but don’t worry, there are several posts in my head that need to be shared in short order.  I might post twice tomorrow, we’ll see how I’m feeling.